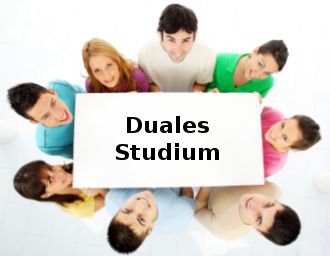 Duales Studium is gaining ground in Germany with the number of companies offering Duales Studium positions having increased by more than 50% this year alone. Duales Studium is modelled after the German ausbildung, whereas students get to study and gain experience in the field simultaneously. The main difference between Duales Studium and Ausbildung being, the qualifications at the end: a diploma for ausbildung and a degree for Duales studium. You can read about Duales Studium here.

Considering many companies have decided to join the Duales Studium should you also apply for it or not? Here are a few points that might help you make the decision faster.

1. For foreign students, this is a HUGE plus because you don’t need the €8000 in your account anymore as you’ll be earning money during your studies. All you’ll need as a contract from the company and an admission letter from the University.

2. Job Experience – we all know the main challenge for graduates is that most jobs require job experience which many graduates fail. Now with this program, you have 3yrs experience plus a fresh degree. A real dream.

3. A foot into the industry – the time spent at the company can be used to market yourself as a potential employee and to really understand the industry. A Duales Studium student has an over 90% chance of getting a job after school than one who did the traditional degree.

4. Networking – you get to network with people already in the field. Gives you an entry point into meeting mentors; potential employers and colleagues and for those who decide to start their own companies after school, they’ll have had time to meet potential clients.

5. Money – Duales Studium students have the advantage of having a steady income throughout their studies without having to look for side hustles. Dare I say, they are richer than traditional degree students.

6. Studying conditions – Duales Studium is almost like a private school. Classes only have between 10 and 40 students and the timetables are very flexible.

1. Not enough theory – for those who plan to become researchers, this might not be the best idea. Duales Studium focuses more on you becoming great in the working world and not in the lab doing research.

2. Too time intensive and No holidays – juggling between full time job and studying. Holidays are spent working full time.

3. You can’t change your study course as easily as traditional degree student do.

4. You don’t get to test other companies and other fields during your studies.

Where to Find the Correct Professional Training Course (Fort/Weiterbildung)