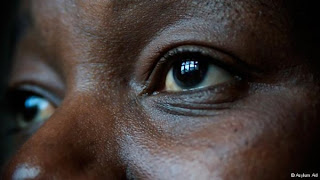 A Kenyan lady in Eisenhüttenstadt who was awaiting deportation had her arms and legs chained to a table and the court ruled that this was ok.

The court ruled that it was ok to have her arms and legs chained to prevent her from harming herself or hurting those that were to come into contact with her. The lady had already set fire to a plastic ball that was in the cell she was held in, broken the toilet seat and even attacked herself. The guards had then moved her to another cell that only had a mattress and a toilet but even then she didn’t calm down. The lady sprayed the tiny room with toilet cleaning solution that was in the cell then started hitting on the sink trying to break it. She had also drunk disinfection solution and tried to set things in the cell on fire. She was chained to try and calm her.

On the next day when the chains were removed, and she was served with her breakfast, she threw it across the room. The court ruled that she wasn’t sick, so they didn’t need a doctor to check on her.

The lady had been staying in the deportation camp for a whole month awaiting deportation. When her visa had expired, she had tried to apply for asylum with a different birth date. Her asylum application was denied and the crime discovered which led to her deportation.

No More Space for Refugees in Berlin