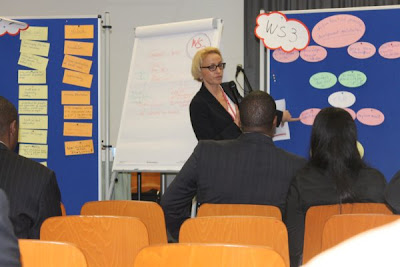 As a parent to a child schooling in Germany, I bet many have found it tasking to figure out which school their children should go to after the Primary school. You can have an overview of the system here: German Education system simplified. After some schools were found guilty of giving unfair recommendations to foreign students, read Pupils with foreign names have lower chances of getting a Gymnasium Empfelung. Such revelations can make an already hilly task a mountaneous task.
There’s a German trend that insists all kids have to go to Gymnasium and get an abi just like in Kenya everyone has to go to Uni. If you want your child to go to Gymnasium and discover the cure to Malaria or whatever, then that means you as a parent have to be hands on and ensure your child enjoys school to begin with. One of my greatest mentors gave a speech recently and said, Geniouses aren’t born they are made, and if parents want their kids want their kids to be great, they have to teach them to be great. But remember your child is an individual as well who might prefer to become Picasso instead of Einstein. (Wooiii, wacha I get to the point….lol….za ovyo….anyhu…serious business below)

Here are a few pointers from a Psychologist, Klaus Peter who is incharge of the regional Schulberatungsstelle.

– This mentality that Abitur is the best and that every child should go to Gymnasium is a fallacy. There are other ways of getting an abi. The gymnasiale Oberstufe is also offered at the Berufskolleg and the Gesamtschule. A pupil may also transfer from a Realschule to a Gymnasium or even from a Hauptschule. It has shown that pupils who go through the Realschule get better grades in their Abi.

– Parents should avoid taking their children to the more advanced school, saying if it doesn’t work then they will take their children back to the slower school as this will embarrass the child and lead to worse grades.

-Parents should consider what is currently best for the child and not what will happen in 10-20yrs from now.

– Some parents will take their child to the more complex school saying they want the child to exercise their full potential but if they child is always the last in class that discourages them more. Parents would rather send their children to where their child fit in, at least there they have a chance to be the best and even move to the complex schools. Moving up is more encouraging than moving down.

If you need help with deciding where you child should go, you can call them at 88 40 131

Kenyan Asylum Seekers Go To Court Over Issuance of Coupon

5 Tips To Getting Your Money Faster From Your Tax Declaration