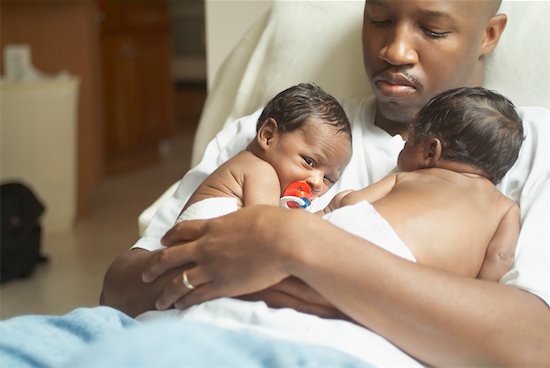 Germany is serious in turning this country into a Unisex State this decade. Well to the lovely ladies, the days of always having the upper-hand are soon going to leave us.

Not only did the federal government reduce the time when men have to pay alimony (used to be for life after divorce, now only a few years). Beginning of this year they made all insurances unisex meaning everyone pays the same rates. We know women cause less accidents (hehehe, don’t quote me)….but with the new tariffs they’ll be paying the same rates as men…..The new move by the federal government will officially remove Germany from nchi ya wanawake.

Last Thursday, the government in Berlin voted for the reform to allow single fathers to take up custody of their children even against the wishes of the mother. After the family report showed that 30% of the children born in Germany live with single parents, this new law will be affecting a huge number of people in Germany. The government urges that both parent share custody of the child for the child’s benefit but in cases where there are disputes, the custody will not go to the mother automatically.

In cases where the mother doesn’t agree on shared custody, the father is allowed to go to Jugendamt or the Familiengericht and apply for the sole custody of the child. Mothers are no longer allowed to keep their children away from their fathers just because they don’t want anything to do with them. The only reason mothers are allowed to keep the children away from their fathers is when the child’s well being is endangered by shared custody.

The law before this reform didn’t allow men to take custody of their children without the consent of the children’s mothers.