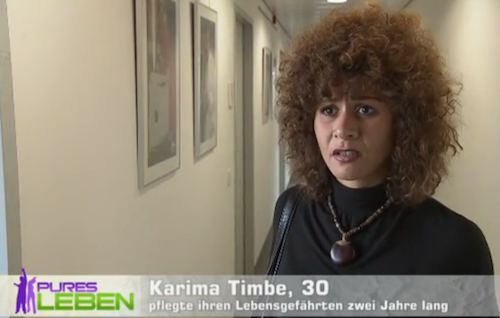 I stumbled upon this program about a Kenyan chick who killed her German husband so as to inherit his estate, but when I saw that chick…..aiii….I just think these funny programs have realized when they use a “Kenyan” they get more views for their silly shows.

The video has since been moved. The lady Karima had gotten married to a 70 year old man, who had died and left her all his wealth. It was later found out that it was the son who had killed him and not Karima. Karima then decided to return to Kenya and run her charity organization there.

German Finds Love at the Heart of Samburu