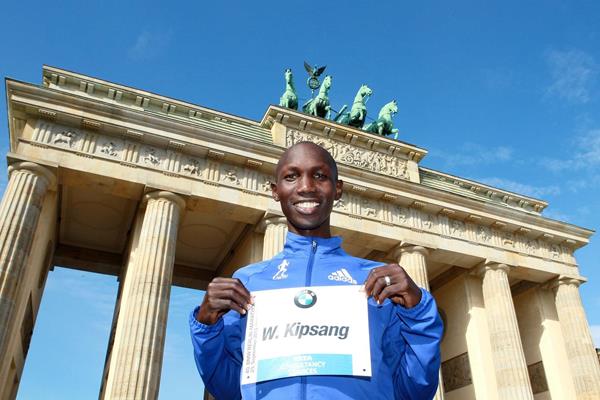 Rael Kiyara, the winner of this year’s Hamburg Marathon in April has been banned by the Kenyan Anti-Doping Agency (KADA). She had been accused of doping shortly after the marathon and after numerous tests, they have established that there was evidence of steroids in her blood. Matthew Kisoroi (half marathon runner) also tested positive this year and he claimed that doping was very common among Kenyan athletes.

Some of the freelance journalists from ARD (A German news agency) claim that not only Rael but also Jemima Summong (Winner of Boston Marathon); Paul Makau (winner of this years’ Köln Marathon) and Pamela Jelimo (Beijing Olympic Champion) are doping experts. One of the journalists Hajo Seppelt claims that he even knows the shops where Jelimo and Makau get their supply from, both in Nairobi and Kapsabet. Hajo also claims that doctors in Kenya have been known to inject the runners with illegal subsatnces in exchange of the runners’ winnings.

If these claims are true, this might hurt the Kenyan image as top Marathon runners and we already know not many people are happy with the constant wins by Kenya. We already saw Kenyans being banned from various marathons e.g the 75th Phoenix Marathon in March this year. In 2011, we saw Utrecht offer €100 prize money for any Kenyan and €10000 for any Dutch who won saying that banning Kenyans would go against the discrimination laws but discouraging them was legal. On their website they stated that only those invited to the marathon were entitled to big price money; the organizers only officially invited Dutch passport holders.

If they are really doping, they better stop it before the spoil the game for the future generations of Kenyan runners. They might think it’s not a major deal being caught; but the higher the number of those caught, the more we discredit our success. All those years of being the Marathon Champions in the world, can be destroyed soo fast. Then you start hearing comments like, “No wonder they win, they are always doping”. To the Kenyan runners, we already have faith in you guys and we know you are the best, don’t mess yourselves up, you’ll win anyway.

Kenyan with HIV, gets visa on Humanitarian grounds