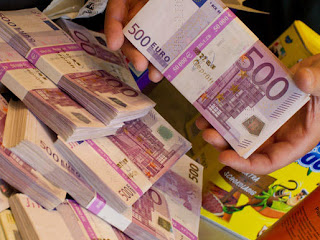 The 47 year old man travelling from Kenya was caught at the Frankfurt airport trying to smuggle €183,000. The money was hidden in his sport shoes.

The guy that was discovered to be originally from Cameroon was first discovered as he was travelling with a fake French passport. The 366 five hundred euro notes were believed to have been received through illegal means and were confisticated by the police.

Immediately the guy was arrested, he applied for asylum.

Kenyan with HIV, gets visa on Humanitarian grounds