Kenyans are truly out to learn from the world. Since May there have been hundreds of groups coming in from Kenya for study tours all over the country. Read about the different groups below: (Info courtesy of the Kenyan Embassy Berlin July Newsletter )

This delegation under the auspice of the Dialogue on Innovative Higher Education Strategies (DIES) was led by the Assitant Minister for Higher Education, Science and Technology, Hon. Asman Kamama with the objective to learn the German models of science management and discussing how competition and profilin of research can be enhanced in East Africa. The group of 28 included the Chairman of the Committee for Education and Research of the Kenyan Parliament, the Permanent Secretary of the Ministry of Higher Education, Science and Technology, Kenya (MoHEST), the Executive Secretary and the Chairman-Elect of the Inter University Council for East Africa (IUCEA), Chairmen and Directors of the National Councils for Science and Technology and Research Institutes in Kenya, Rwanda, and Uganda, Vice-Chancellors and Principals and last but not least the Board Members of the Kenyan Private Sector Alliance (KEPSA).


The group of 5 Commisioners (also MPs) led by Hon. Walter Nyambati was in Germany to compare and exchange experiences with the Federal Republic in regards to the devolved government. This was in preparation to the ongoing implementation of the new constitution. They visited the Parliaments of Sachsen Anhalt and Berlin; where they were instructed on the structure and operations of the different governments; the link between the Bundestag and the parliaments of the 16 States. 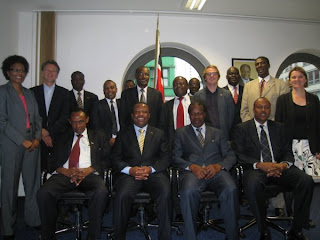 Another group of 5 MPs led by Hon Alfred Sambu, Vice Chair of the Budget Committee, also toured Germany as well as Belgium to gain an understanding of the German Budget Committee in relation to the national budget: the role of the Bundestag in the scrutiny of the Annual Budget and the challenges faced in implementation.


The programme of the visit included deliberations with the State Government of Hessen (Germany); visit to the European Parliament and talks on the Role of Members of Parliament in Budget Preparation and Control; a meeting with the Chairperson of the Budget Committee of the German Bundestag on the functions of the Budget Committee and discussion at the Federal Ministry of Finance on the working relations between the German Government and Parliament in budget preparations.

This visit was vital in line with the strengthened operations of the Parliament as spelt out in our new Constitution which entails Parliament’s upper hand in the Budget process.

The study tour was organized by the National Assembly of Kenya in conjunction with the Kenya Embassy in as well as the GIZ (German Development Cooperation) through its programme Support to Public Finance Reforms in .

Leaders for Development: Principles, Key Aspects and Working Techniques of Development Cooperation’ from 28 May to 22 June 2012 in and 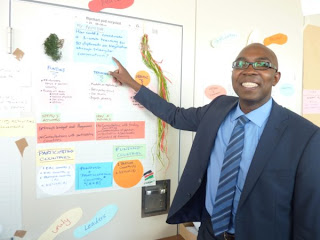 Moni Manyange, Foreign Service Officer, attended and successfully completed the Development Diplomacy Leadership Course. The course was funded by the Germany International Cooperation organization (GIZ) and participants were drawn from developing partner countries of the Federal Republic of Germany.
At the closing ceremony the sentiments expressed echoed the gains from the exchange that had taken place, with the participants noting that the course had enabled them to function as leaders in their spheres of influence. The organizers thanked the ‘Leaders’ for their interaction during the course and wished them well as they head back home to put into practice what they had drawn from the 4 week course.
Share with friends:

Kenyan Denied Visa For a Second Internship in Germany

Does the Number of Foreigners in a Class Determine the Success Rate?