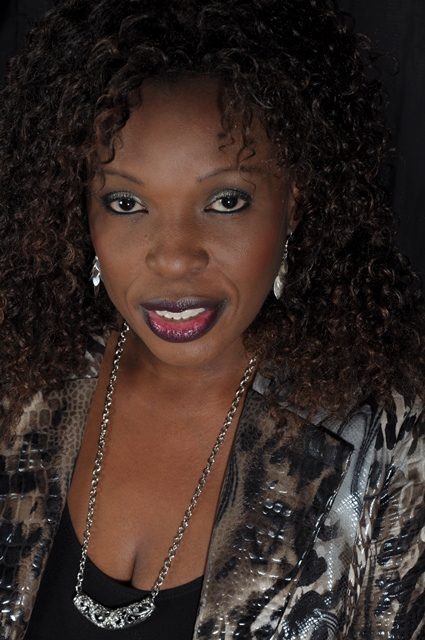 She chose a genre that wasn’t very popular with most of our own musicians. She took the path less travelled and she’s made her mark.

Janet Moore, a very soft spoken lady and quite a beauty. You’d never think she’s a celebrity when you meet her, very friendly and social.

Born in Nakuru,  a town along the Great Rift Valley, Janet Moore began singing at the tender age of 8. A resident of Cologne, she is popularly known as “the Soul Lady” or “Big Mama in da House” for her amazing voice and her renditions of many popular jazz songs. Like most Kenyan parents, her parents were very active in the church thus seeing her start her singing in the church. Although she’s not what you’d describe as a gospel musician, one of her favourite songs is “Down by the River side”. She never ends a concert without doing it and if she forgets most of her fans demand for it.

After high school in Kenya she tried her hand in music. She worked with several bands but didn’t succeed. The time needed for the practice and performance didn’t equate to the amount of money earned. In those years in Kenya, music wasn’t considered a profession one could pursue. Her parents urged her to get back to school and find a more “meaningful” job that could at least feed her. She shelfed the dream but at the back of her mind kept the hope and dream of getting back to it. She knew  one day, one time, she’d have the freedom to pursue her first love and succeed at it.

She later found her way to Germany, still carrying her dream. In 1998, with her very good friend Alexi Azulino she produced her very first album titled “Passion”. One of her songs “Nchi yangu ni Kenya” still plays in most Kenyan TV stations to date. Alexi Azulino is one of the most famous Congolese guitarist based in France.

Since then, she has worked with various artists and is always a favourite at most Jazz events around Germany.

“I ​​know, I find  my peace, healing and spiritual heights in the Gospel music. Now I would like to overcome all the obstacles  and come closer to the light. Even in total darkness, you know that people feel the music, because hidden somewhere in the music is the harmony of body and mind.”, Janet shares.

I hope to see her perform at the newly launched annual Safaricom International Jazz Festival in Kenya, the very first of its kind in the country.

Providing a Safe Haven for the “Desert Flowers”

Kenyan Acrobats Performing at the Apollo in Düsseldorf