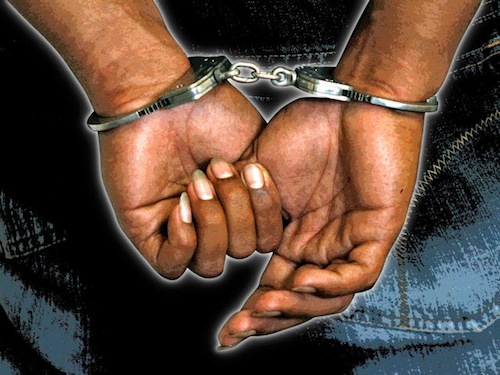 The man who had been arrested last year and charged with 17 counts had recently just been released from jail.

Shedrack who lives in Wülfel had become a threat not only to the women in the area but also children.

According to the Bild newspaper, in May and June, Shedrack climbed over the wall of the Christian Andersen Schule where he approached an eleven year old girl and asked her, “Do you want to f*** me?”. The girl ran away.

Shedrack wearing torn pants later went to the Kita, “Ratz und Rübe” where he found two mothers with their children and asked them, “May I lick you until you come?”. The mothers infuriated called the police.

Four days later, Shedrack was arrested when he broke the windows at his ex-girlfriend’s apartment when she refused to let him in. When the police tried to arrest him, he applied his blood on him in the hope of infecting him with Hepatitis, a disease he was suffering from at the time of the arrest.

He will be released earliest 2014, until then the women and children in Wülfel can be safe.