The event dubbed, “Summerfestival” was held in Leutenbach at the African Kraft Centre near Stuttgart. The event was to bring together Kenyans and Germans to discuss and celebrate Kenya.

The event was organised and sponsored by Elizabeth Gathoni Wokabi, the founder of the AfricanKraft Centre and Thomas Wilhelm Gath, of the foundation of the same name. Both of whom share the aim of bringing people together to create a mutual understanding between the two cultures and enhance a relationship free of fear or prejudice.

The event that was attended by both Kenyans and Germans who are very active back in Kenya was graced by the Kenyan Ambassador to Germany, H.E. Ken Osinde, who addressed the crowd and urged Kenyans to work together and attend events organised for them. He also called to the Germans to work together with the Kenyans to realize ideas. He iterated that the Kenyans here weren’t beggars but hard workers who would like to integrate and be ambassadors of our country. The Kenyans in Germany are working towards showing a different image of Kenya which is different from that the media tries to perpetuate.

Some of the attendees got a chance to present their innovations, they included: 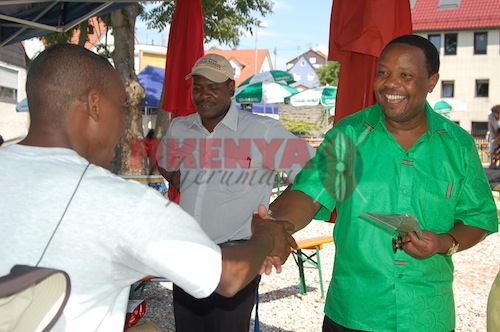