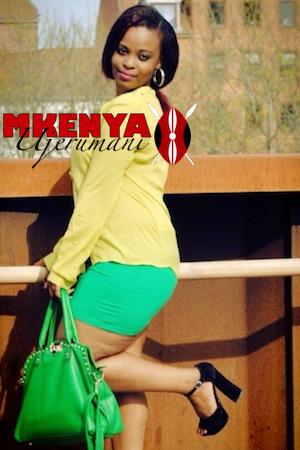 Her name is Ashley Toto or Ashley Baby. She’s an upcoming Kenyan actress based in Germany who is making waves in the Swahili movie industry. She recently (this week) released her first movie shot in Denmark. Ashley working with many others from the industry within Europe are working to expand the industry which has mainly been concentrated in Tanzania.The Tanzanian movie industry which is referred to as Swahiliwood (this wood business has to stop…as in seriously) by some has been around for over 10yrs and continues to grow. Though swahili remains the one African language with the highest number of speakers within central, eastern and southern Africa, Tanzania has been the sole developer and researcher of the language, while the rest work towards crashing it with slang.

It’s amazing that aKenyan is at the centre of developing this industry in Europe considering we’ve failed to produce “pure” swahili movies in our country.

Below is the movie shot a few weeks ago in Denmark. The video quality is amazing and the continuity was done very very well. For a first time production, I’d give them a 5/10. There are a few things they could improve on BUT they have done ALOT amazingly and I commend them for that. The movie is short and sweet. I have to insist on short and sweet, I watch Nigerian movies so I do applaud anyone who’s able to tell their story in the fewest minutes without unnecessary scenes and cast. Did I tell you the cast also consisted of only the essential members?

Watch the movie below and let me know what you guys think? How would you rate the movie (out of 10)?