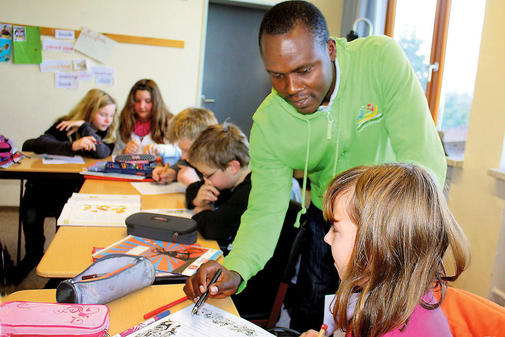 Although German teachers are allowed to move within the EU, moving within Germany has always been a disaster. The German States do not recognise teaching training from there States. All 15 States have agreed to make the mobility of teachers within a reality although Bayern remains resistant, as they continue to hand in various demands before they agree.
The Federal government aims to have a harmonious training program for teachers at all universities in Germany by 2023. The government has already earmarked €50million annually to make this a reality.

The training for the teachers in Germany is just a maze. In Bayern they continue to have the 1. Staatsexam as the qualification despite having the Bachelor and Master system introduced in other states. Bayern also maintains the old fashioned 24months preparation time while other states changed to 12 or 18months period. Baden Württemberg still trains teachers in the Pädagogischen Hochschulen (PH) which were done away with Hamburg in 1920 and all other states by end of 1970 when most were integrated into Universities.

In some states, teachers can now already move but that is a mere speculation and no numbers have been given to prove this.

Do students want to and can they stay after their studies?

Why You Should Move to Germany: The Public Holidays (Explained)