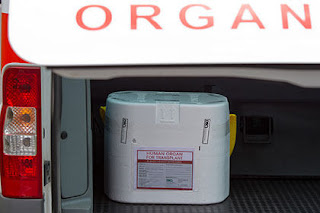 After losing several Kenyans in Germany due to kidney failure, I think any issue to do with donating organs should be discussed especially by our community and reduce the number of lives lost.

A man in Karlsruhe, Germany living with a severe heart condition was denied the chance to be put on the donor list and get a donor heart he needed for his heart transplantation. The reason for all this drama, his bad german.

The man took the clinic to court over the issue and the court ruled in his favour. The court ruled that the clinic was discriminative against the man and should compensate him.
The clinic argued that they weren’t discriminating against the man but that they were looking for his best interest (by denying him a heart….lol….). The clinic said that with very bad knowledge of German it would have been difficult to communicate with the man thus hard to involve him in the process. The patient originally comes from Iraq and has been in Germany since 2000 as a refugee. The patient is currently on a waiting list in another hospital.

According to the Bundesärtzekammer, it is allowed to deny a patient an organ if the patient’s involvement is limited, problem is what hinders the involvement is not included.

His lawyer argued that the doctor would have used a translator to facilitate the conversation. The lawyer also said that the Landesgericht and the Oberlandesgericht didn’t seem to have taken the issue seriously. But the ruling by the  Bundesverfassungsgericht will see a whole lot change for future donors and organ receivers.

The ruling was welcomed by the Foundation for Patients’ Rights in Germany. The Chairman to the foundation said it was required that the Bundestag looks at the laws governing who and how people’s names are entered on the waiting list for donor organs.

This ruling comes after a scandal in Leipzig that revealed that doctors doctored the names of their patients in those waiting lists to shorten the period of waiting for donor organs.

The EU guarantees jobs for ALL graduands

New Traffic laws and fines for 2013