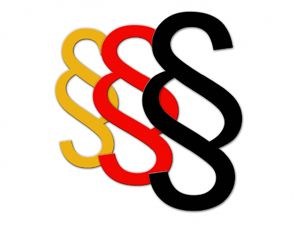 If you read this post, Dual Citizenship for Children with Immigrant Parents threatened, I’d like to clarify a few things. First of all, those against Optionszwang weren’t against the fact that children are allowed to have dual citizenship but the fact that the kids had to choose nationalities latest by their 23rd birthday, failure to which they automatically lost their German citizenship.

The law dictates that the kids choose one nationality which most groups are lobbying against. The Optionszwang or Optionspflicht dictates that children who may have gotten both nationalities either because they have both German and non German parents and/or their non German parents qualify for German citizenship but have opted not to take it up. The German in this case is the “non pure breed” (for lack of a better term). Children born to a pure breed German and a foreigner do not have to choose, only children from non pure breed Germans and/or foreigners.
Groups like the Grünen and the Landtag in BW, Bremen and Hamburg are busy lobbying to cancel the whole process of forcing these children to choose a nationality. BW on the other hand is going a step further to lobby for dual citizenship in Germany. For a long time it has been an either/or situation for foreigners interested in taking up German citizenship.

BTW: if you didn’t know as a student, your studying time is calculated when counting how long you stayed in Germany so as to apply for citizenship. Kama ulisoma for 4yrs and worked for 3yrs; then you can apply for German citizenship, as you have reached the required 7yrs to be legible for citizenship.

From the look of things, dual citizenship in Germany might become a reality soon. Good news to the Kenyans who have been panicking about keeping their Kenyan “citizenship” in fear of losing their German one although under the new constitution, you DO NOT lose Kenyan citizenship, only your passport which you can replace (wee usiniquote tafadhali…lol…). Once a Kenyan always a Kenyan.

Refer to Kenyan Dual Citizenship – disaster in the making or blessing in disguise?