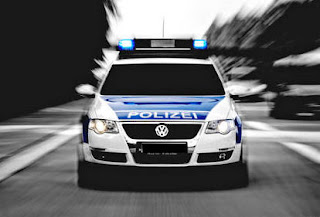 After 3yrs, a corpse of a man who died seated on a wooden chair in a basement in Munich, was found. The mummified corpse was found when the basement was to be cleared out. The Janitor (Hausmeister) said he hadn’t seen the man in 3yrs and had assumed he had moved out. The dead man is believed to have died at the age of 78.
The man allegedly lived in the basement. He was found well dressed in a suit and a pair of shoes with a newspaper from May 2009 lying next to him. Apparently he had paid for his rent until August 2012

The postmortem couldn’t show the cause of death but the police don’t suspect any foul play.

(Nauliza, hakuna aliyemiss huyu mtu for 3yrs? At 78, there was no one in this country who thought of him? Yaani in this country people only follow you to pay bills, and if those are paid no one will ever look for you??? Weee you guys better look for me if you don’t see me here for a while….nikii wee?)