It was february 8th as i set out to start a new life. I had decided to end the way I was living and look for better ways of existing. See, life is hard in Europe and even harder when you lack the necessary papers to work and carry on your daily routines. So after living here for 5 years chini ya maji, I decided I would finally follow my friends advice and seek asylum. It wasn’t just my friend who seemed to think that this was a possible way out of the creeping life I was living, enough people had talked to me about it. Plus I knew people who had gone through it and were now living somehow a different life. Some were still stuck in camps and still waiting while surviving on a Duldung.A few months ago, a friend had set off to follow this route. And I was determined to go after him. My plan was to go in and come out. And even though it took me relatively quick to get the documents, about a year, it does usually take longer than that. In fact most people just opt the asylum way so they can buy time. Either to move to another country or find another way, like someone to marry. If you are a lady, you are wishing to get pregnant with the right person.

When you choose to go for asylum, it all boils down to the story that you have. That’s the most important thing. It has to be convincing and irrefutable. Leave no loopholes that will get you trapped. Know it well, you might be interviewed several times and at intervals. You need to be good at all time. As to whether you will go with the truth or forge up a fake story, that’s up to you. 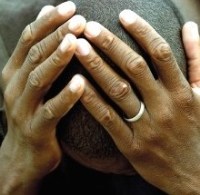 People who come around a war-torn neighboring nation can use them as scapegoats; say they come from there and that their lives are threatened if they go back. Sometimes it works sometimes it doesn’t. When you decide to go with the truth, having come from Kenya you have issues like Mungiki, female genital mutilation (I know someone who came through with this) and well, maybe political harassment. Some are even using homosexuality, regardless of whether they are gay or not. Which brings us to the reasons or should I just say reason.

The economic background plays a major part. Probably the only reason why so many go through such hardships to make sure they ensure their stay here is granted. They have kids back at home waiting for a call or something. Some used up all they had, sold their plots or their parents, borrowed heavily, just for that one reason; land in Europe. The rest will take care of itself. I came to join the family, which didn’t quite work out as we had planned and after every other possibility I had was exhausted, it was either asylum or go back home. The hardships were too much. I was tired of hiding.

In Germany you need to be insured. Medical insurance is very important. There are no hospitals where you can go in, pay and get treated. If you have no medical insurance, you will have it rough. I am speaking from experience.

In 2007 as the summer was just setting, I got sick. Usually If it’s a normal flu you would just bear it through. But then there are some illnesses that need medical attention. Sometimes you find someone to lend you their insurance card and you go and see a doc and get some prescription. This time I was a bit far from the friend who would have given me the necessary papers to get some treatment. It was hell. I almost died. Finally I got someone on the phone who gave me their details and I was able to go to a hospital.

My friends took me there. I really got there the last minute. Spent a week in that city and in that hospital. A minute later and It would have been another story all together.
But let’s say you get someone to help you with their insurance card. And he is not the same person who has helped you with the papers you´re using to work. For those days you take a sick off, you are not going to get paid for them. If you are working black (without papers), you only get paid for the hours you put in.
There are people who manage to survive chini ya maji for a very long time. And they seem to get by just fine. Some have made arangements with a willing person and they are even able to run a business. But the risks are always there.
Life is different now. I have the permit to work and reside wherever í wish to. It makes a whole world of difference being granted this chance. Before my movement was resctricted. You couldn’t risk being caught in a train without a ticket. You all know how the process is, if you don’t have a ticket, its time for Ausweiss Bitte! And should you lack that one as well, then the police is probably on their way.

Most likely you wont be able to work and will rely on occasional jobs that don’t require any documents. Maybe you are well connected and you know someone who knows someone and your name can always come up incase of an Umzug, Malen or any other kind of work. I made my ends meet by loading containers, umzug and when lucky I got someone to lend me their working permit. But even with such an opportunity mostly you could only do the four hundred basis jobs. And he wants in too.
Then there was the random police control that could get you anywhere. You could be standing waiting for a bus and they would show up, maybe come from a club and there they are. They would ask for your papers and would call at the Zentral and confirm your identity.

They had to take me to the Revier one time when they couldn’t confirm my ID(borrowed one) through the phone. We get at the station and somehow the guy at the desk says they have confirmed my identity. I was allowed to go. That was close.

Another incident also saw me come through very lucky. This one happened quite often. A squad car stopped us at a zebra crossing and took us aside. We were four of us coming from a game or something. They took our papers. My friend couldn’t handle it and started arguing with them. Asking why they weren’t telling us anything. They finally said there had been a break-in somewhere around there and the description fitted us, that we should wait for more details. Ridiculous. But after a few minutes they gave us back our documents and we were allowed to go. They didn’t control them. Thank goodness coz the papers weren’t all that straight.

You miss a lot when you live chini ya maji. You can’t work, study nor travel and if you are determined to pull it through before you go back home to your native land, it could take a while. I know people who have been here for more than twenty years. Not a step forward. Just stuck. And sometimes one ends up being transported back home as a body.

Get your papers in order if you can. It’s not fun without them plus you waste a lot of time.

Being used as Puppets in a Fight you Know Nothing About