If you’ve been reading this blog long enough, you know I love such stories, stories that remind us that the dark and cursed continent is just as capable if not more so than the others to produce quality world class products. I introduce Vérone Mankou, Le pére de la première tablette africaine – la Way-C (hehehe, my french is still around though a bit rusty…lol…ain’t he cute though….Beauty and brains *wink) 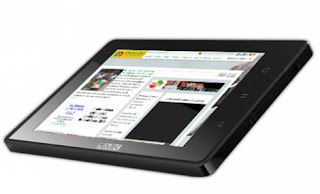 A 26 year old entreprenuer from the DRC, Vérone Mankou, the owner of VMK a company based in the DRC has produced the Way-C tablet and Elikia (a lingala word that means hope) Smartphone that were released earlier on this year. The 2 products are competing with the likes of the iPad and the Samsung Galaxy pad in quality but Vérone maintains that they differ in their objectives. 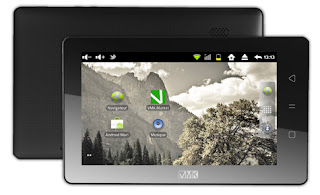 Though the Tablet and Smartphone are both Android based they have developed a store for apps made by Africans for Africans known as the VMK Market as the company’s main target market is Africa. The phone and the tablet are both assembled in China and this has brought a lot of controversy with some claiming it is an OEM (items designed and produced in bulk by an independent company who sell to distributors who brand and sell to consumers); but to date nobody has been able to produce any other tablet/phone similar to the Elikia and Way-C being sold under any other brand.

I want to give all African households access to technology, and develop a new tablet for education priced at about US$100

If you want to buy the Way-C Tablet, you can order it from France (click here for website the site is in french though), it goes for €229 (plus €7,37 shipping cost). You can also contact them if you want to be a reseller.

The developers who are interested in developping apps for Africa, you can submit your App for the VMK Market here.

Check out their site for more here

Make it in Germany

Why is it That Africans Don’t Succeed?

Professions Where a Doctorate is Worth the Trouble