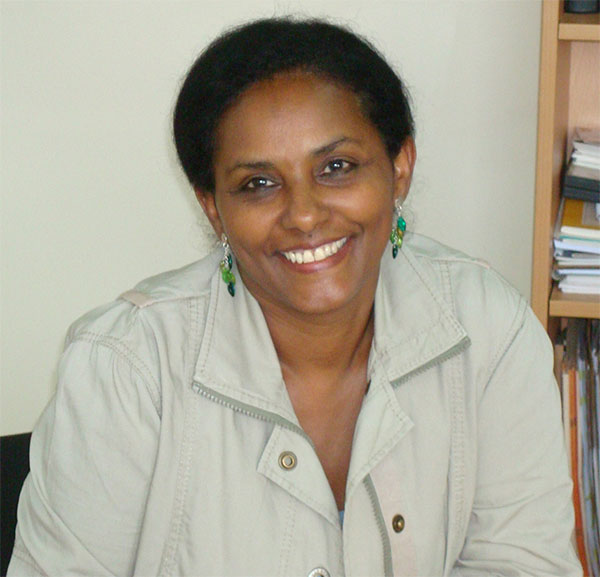 Another Kenyan female scientist bags this prestigious award, Mercy Mwanika Ojoyi, also a Kenyan from the University of Bonn, won the same in 2012.

Dr. Segenet Kelemu, wins this year’s award, the Annual L’ORÉAL-UNESCO Awards for Women in Science for her research on how microorganisms living in symbiosis with forage grasses can improve their capacity to resist disease and adapt to environmental and climate change. Her work is providing new solutions for ecologically responsible food crop production, especially by local, small-scale farmers.

Dr. Segenet Kelemu, is currently the Director General of the International Center for Insect Physiology and Ecology (ICIPE) in Nairobi, Kenya. Before joining ICIPE, Dr. Kelemu was the Vice President for Programmes at the Alliance for a Green Revolution in Africa (AGRA). She joined AGRA from the International Livestock Research Institute (ILRI), where she served as Director of the Biosciences eastern and central Africa (BecA). Previously, Dr. Kelemu was a Senior Scientist, and later the Leader of Crop and Agroecosystem Health Management, at the International Centre for Tropical Agriculture (CIAT) in Cali, Colombia. She has also worked as a researcher at Cornell University, and at Montana and Kansas State Universities, in the USA.

Dr. Kelemu has received many international accolades, including CIAT’s Outstanding Senior Scientist Award, for her numerous contributions to the Centre and its mission, and the prestigious Friendship Award granted by the People’s Republic of China, for outstanding contributions to China’s economic and social development. In 2011, Dr. Kelemu, jointly with icipe scientist Prof. Zeyaur Khan, was awarded the TWAS Prize for Agricultural Sciences, by TWAS, The World Academy of Sciences.

The L’Oréal-UNESCO For Women in Science Award honours five outstanding women scientists – one per continent – for the contributions of their research, the strength of their commitments and their impact on society. Each woman represents a unique career path combining exceptional talent, a deep commitment to her profession and remarkable courage in a field still largely dominated by men.

The ceremony planned for evening of 19th March at the Sorbonne in Paris (France) will be held in honor of the five Laureates and fifteen International Fellows. It will be presided over by Professor Günter Blobel, 1999 Nobel Prize in Medicine. Irina Bokova, Director-General of UNESCO, and Jean-Paul Agon, Chairman and CEO of L’Oréal and Chairman of the L’Oréal Foundation, will be in attendance.

Candidates for the L’Oréal-UNESCO For Women in Science Awards were nominated by a network of more than 1,000 international scientists. The five Laureates were then selected by an independent jury chaired by Professor Günter Blobel and composed of twelve eminent members of the international scientific community.

PS: Some sources say she is Kenya while others say she is Ethiopian. Considering she lives in Kenya and works there, we might as well “steal” her ama?