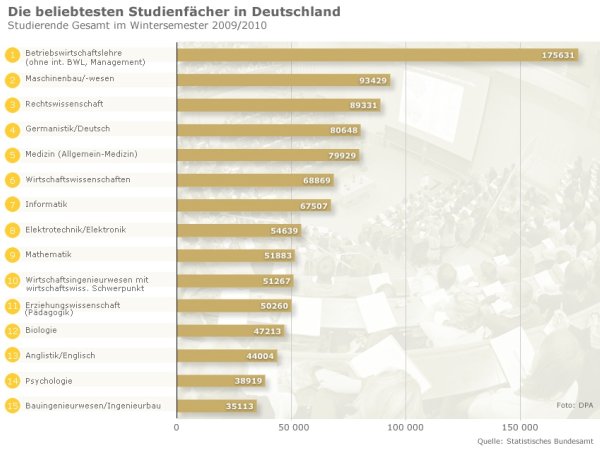 We all know that for any product to sell, it has to be unique and its uniqueness depends on the supply-demand ratio. The only reason all of us in Germany talk about the sun like it’s our long lost lover is because we rarely see/feel it; if someone from Nairobi spoke about the sun as much as we did, they would most probably be considered crazy.

This rule applies to most things in life and this includes finding jobs and choosing careers (watch a detailed video on Choosing Careers). If you plan to study and or work in Germany, you need to understand what jobs/careers are on demand and which ones aren’t. (PS: Demand-supply SHOULD NOT be the only reason you choose a career).
17% of Germans have below Secondary education ( Grundschule or similar)
9% have Upper and Post Secondary but non tertiary (Abitur or Ausbildung)
Only 3% have tertiary education (Uni/FH degree)

Similarly, 76% of upper secondary graduates are employed. The unemployment rate among adults with this level of education is 7.5%
German employers are paying a higher earnings premium for tertiary-educated workers: earnings advantage increased by 31% for women and 16% for men

In fact, 67% of the gross earnings benefit to an average German man goes into social contributions and transfers.

25% of the foreign students, changed their status after graduation and remained in the country to work

Who Gets Jobs?
Although only 6.7% of those who studied humanities are unemployed only 50% work in a field related to what they studied for. ( This isn’t good especially for foreigners, as you only get a working permit after studying if you work in the field you studied)

What do they earn?
Those who study medicine earn atleast €50K annually a year after they graduate while the humanities guys earn a little above €25K annually.

To prevent this post from getting longer, watch out for the next edition with more details on who gets jobs and who doesn’t plus how much they earn etc.

Reasons Why Your Job Search in Germany Isn’t Bearing Fruits

Team From Mombasa in Bremen For Training