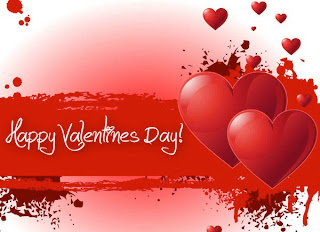 If you are out there planning for your Valentine’s Date with your German significant other, here are a few points to keep in mind especially if this is your first time dating a German. Apparently these are tips from the experts.

1. Firstly, there is no fashionably late in Germany – be on time.
2. The date went well, and now you want to stalk them on Facebook. No chance; Germans take data protection and online privacy very seriously and if they haven’t given themselves a fake name they may well have a completely private profile.

3. Germans like bikes, so if you are confident enough to mix a few Rieslings with two wheels, go to a date on your bike, as they likely will too. It’s the helmet dilemma – risk arriving with squashed hair or getting brain damage when falling off on the way home?

4. Directness can be a blessing and a curse but to Germans it’s the only way. This may reduce small-talk to a minimum. Browse a couple of newspapers beforehand to keep conversation flowing and avoid being outed as an ignorant expat.

5. As a foreigner, you’re probably here to work. But many Germans your age may well still be studying, even into their early 30s. This doesn’t mean your date is endlessly retaking exams, but may rule out a number of conversational gambits.

6. Don’t worry about your German skills – they will probably speak English better than you speak German, or even English for that matter.

7. Expect to split the bill for dinner – a German woman will mean it when she offers to pay half, while a German man will accept even your most half-hearted suggestion to share. Cut the squabbling and go Dutch.

8. Managed to make your way back to theirs and into a state of undress? Don’t panic when the hairy bits are in different places than you might expect – shaved armpits, chests and nether regions can be common on men – and less common on women. Embrace it, a little role reversal never did any harm.

9. Germans seem to have an unfathomable propensity for sickening nicknames, so get used to be called Mausi, (little mouse) Schätzi, (little treasure), Zaubermaus (magic mouse) and, The Local’s personal favourite, Kuschelbär (cuddly bear).

10. Finally; single and hoping to meet that special someone in a bar? Think again because unlike Anglo friends, Germans tend to be less inclined to go scouting for a night of passion in the country’s many, many watering holes. This means that you’ll likely arrive and leave with the same people you went out with.

How to Have the Perfect Interview in Germany

Call for Applications for “African Designers for Tomorrow”