1. The city
This is one of the major factors because it has a lot ingrained in it. Some of the issues that help choose the correct city include:

2. Course variety
There are characteristic courses for some Uniz eg Technische Universitäten offer technical subjects; most Universities in the Ruhr region offer engineering courses. Universities in metropolises tend to offer more international courses i.e. courses in other languages other than just German. 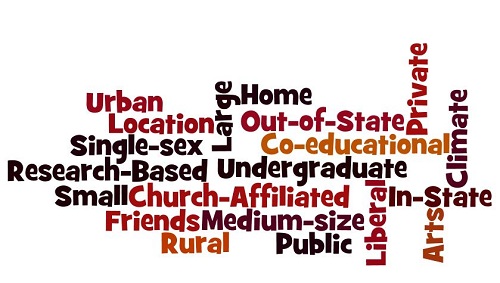 3. Availability of places/positions
Only 30% of the Bachelor students can get a Masters position, and this tends to force people to change universities.

4. Flexibility of the Auslandsamt
We all know different AAs behave differently towards the foreigners in their areas, some will extend your visas without requiring more than the bare minimum while others will demand even your grandmother’s latest birth certificate before they extend your visa to the minimum allowed duration. This in most cases overrides most other factors.

5. School size
Do you prefer schools with large numbers where you have the freedom to do as you please because the professors definitely can’t keep up with the numbers or do you prefer where there’s close contact between lecturers and students? This might help you choose between a Uni and an FH.

6. Curriculum/Modules
Some Universities offer some irrelevant classes as part of the curriculum which might be something to think about. In my Bachelor I had to attend some classes not because they were relevant to my field of study but because they were in english and the program I was in was an international program. This is something to think about before making your choice.

7. Cost
This will only be a race between the private and the public Universities. Most public Universities already offer most courses, so rarely do you find people checking out private Uniz here not unless you are looking for all English courses in traditionally foreigners attracting courses like Tourism.