Today I present my first original willing guest writter, The () (now Nilote Fulani), the last was a stolen piece. She shares about her culture shock “attack”; a great read. I hope you’ll enjoy it, and I hope she writes more for us (she’s a great writer) 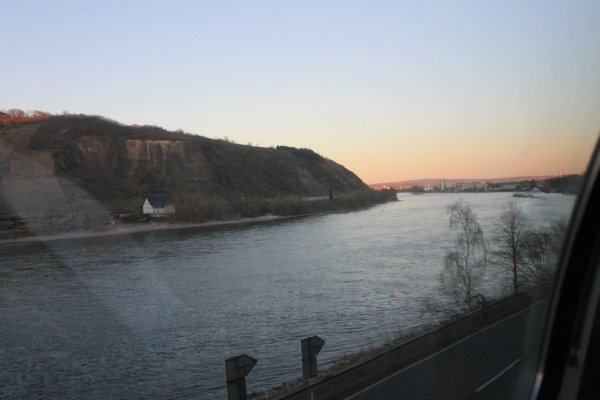 I first moved to Munich to pursue my studies. I was pretty excited about studying abroad and experiencing a more international campus life. But to my sad expectation, as a foreign student here, one gets hit by the reality that there are really no real ‘campus-style’ unis like in many countries. I spent lonely days in my hostel wondering how to make friends. Back then, we had no Facebook and social media was still a rumor. I had a Hi5 account (for those who have been around long enough, I am sure you know what I am talking about). Since Hi5 was an open online forum, I decided to write up some guys I had spotted that lived around Munich and were looking for “Freizeitpartners, Tandem conversations, coffee meet ups and in short, basically ‘dating’.

One guy that struck me in this forum was a German guy who could speak fluent English. Since my German was still wanting, I thought to myself: “Perfect! That’s exactly what I want! ” We exchanged numbers and made an early dinner date around the city center (I was careful to choose a central place in public for security reasons). As this was my first date in the big city, I had armed myself with a lot of charm, humor and of course I was dressed to kill in a smart skirt and heels. I waited for him in the proposed restaurant in the early evening of a seemingly cold October Friday. The date went well. I was not disappointed, but the guy was a bit not my type. Nevertheless, I enjoyed his company because I realized just how much I was craving for English conversations. Those who live in Germany can attest to this longing.

The clock struck nine and I was beginning to get worried about getting back to my hostel and at the same time, staying out late with a stranger. Out of kindness and gentlemanly behavior, the guy offered to “drop” me home. Not bad! I was like ‘Sure, why not? ´ Of course this is what gentlemen do in movies. We took our coats and left, walked a little round the block. I asked him where he had “parked” as I did not want to walk too far with my high heels and I was getting cold. He looked at me puzzled, and then followed by a blank expression. Then he said casually “at the bicycle stand”. Out of politeness I just managed an “Ok” and tried not to reveal my pending shock of the unexpected.

Exactly ten minutes after I had said Ok, we were standing beside his bicycle at the bicycle stand. Me, looking at it like “How am I supposed to ride on that?” And he, making every effort to cushion the “carrier” for me to sit on. The bicycle stand conversation involved a discussion on how I was to sit on it. He, trying to convince me to sit with my legs apart on either side of the bicycle. Me, being the Kenyan chic, insisting on sitting decently with both legs facing the same side of the bicycle (like how women sit on “boda-bodas“). In order not to frustrate his efforts, I unwillingly accepted the kind lift back to my hostel.

Yes, that “baiskol”ride. It was bumpy and I was half frozen from the night wind! I am a Kenyan chic and back then I was still very fresh from Kenya. That meant Kenyan chics do not climb bicycles “ovyo ovyo” in the city and definitely not on dates! (I stand to be corrected). I closed my eyes as he peddled through the busy traffic. I had never been on a bicycle since I was a child. Moreover, being a-so- called “town” chic then, I would have sworn never to be caught dead on a “baiskol”! Not in my age, not with all my weight and definitely not in a skirt and high heels!

He peddled and peddled and peddled. I cursed and cursed as to why I chose a venue in such a public area. I had all sorts of thoughts running in my head, “What if I lose my shoe or drop my “ka-handbag”, what if I fall off when he “katas” that corner, what if, what if….the worst of my worries was, “what if my hostel mates see me jumping off a bicycle???”Dead. I requested him to kindly drop me off two houses down our street, just in case someone recognized me. And that’s how the date ended.

I walked back to my room a bit disappointed and at the same time amused. A date that shows up on a“baiskol”! How uncool! So shady! I saw him once again and then called the communication off. Partly because I thought he and his “baiskol”were just too uncool! Germany is the world’s most successful car manufacturer, and here comes a German to a date on a bicycle! For someone fresh from Kenya, this was a bit unacceptable.

As years went by, I became accustomed to the European way of life. Part of my culturization process was owning a “baiskol”. I am a proud owner of my three year old “baiskol”. Sometimes when I look at my “baiskol” I laugh and think back to my first date in the big city where the guy showed up on his “baiskol” and I shook my head in disapproval. Back then I honestly couldn’t understand “how and why” and I politely dumped the so uncool “baiskol guy“. To this day I still laugh. And I have never bumped into the guy again.

Having parent(s) in Germany DOES NOT equal success