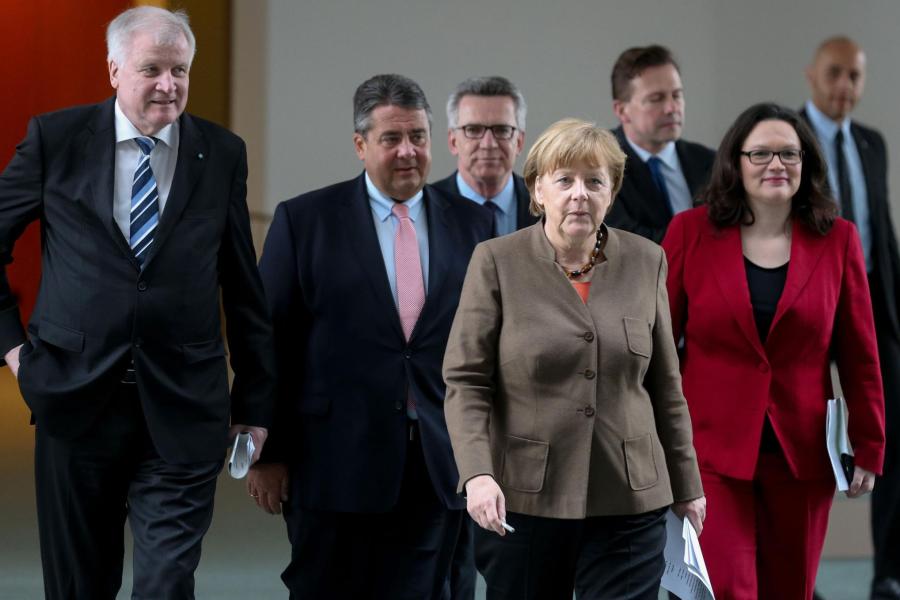 A few weeks ago, the government finally passed a new set of laws to help fasten the integration of refugees into the German society. The new law comes with it a bag full of goodies and any refugee in Germany interested in entering the job market, will have a smooth entry with fewer obstacles.

This has to be the BEST news in this whole new law. There has been discussions on getting refugees to take up Ausbildungen, however, there was no guarantee that such a refugee would even complete their Ausbildung before being asked to return to their home country.

Those who dropout from the Ausbildung, risk deportation.

The age limit for taking part in an Ausbildung  which was earlier set at 21, has been eliminated and now even those older than 21 years of age can start an Ausbildung.

Entry into the Job Market

This has been a major bone of contention and it’s great to see so many new rules coming into effect with this new law.

Technically, the Vorrangprüfung, states that for similar qualifications and experiences, an employer should offer a job to a German citizen, an EU citizen then a third state citizen in that order.

In towns with low unemployment, this law will exempt asylum seekers from this procedure, allowing them to enter the job market.

This new program aims to create 100,000 not-for-profit “jobs” for asylum seekers. These “job” will be financed by the BMAS to allow for asylum seekers to gain work experience and get used to the German job market, as they await the results of their asylum application. The “jobs” will mainly involve activities in or around the refugee homes e.g. cleaning, cooking, serving food e.t.c. These jobs will however not result in long term employment and will only be paid at very low rates (1-euro and hour). 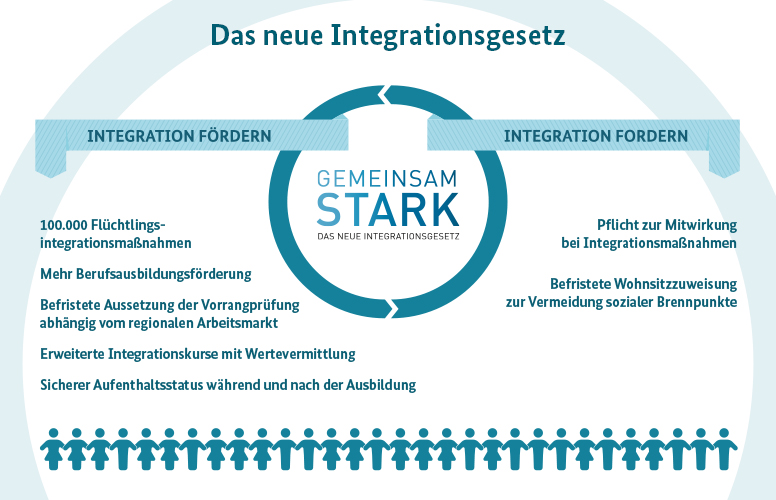 Before, an asylum seeker would automatically be issued with the permanent residence permit once their application was approved. With the new Integration law, asylum seekers will only get a permanent residence permit once they can prove they can sustain themselves and their family members and can speak German. This will be checked either after 3 years or 5 years depending on how fast one can learn the language and be able to enter the job market.

Asylum seekers whose application has been approved will be required to remain in the same city their application was approved. This defined residence will hold for three years after the process goes through. This is to prevent people from migrating to hotspots.

Exempt from this rule however is people who have found a job paying at least €712 a month or an Ausbildung, outside of the area where they applied for asylum.

This will apply to those that have their asylum approved from January 1st 2016.

Asylum seekers who fail to take part or drop out from the integration and German language courses offered, will have their social benefits reduced or completely cut off. This is to ensure that the asylum seekers all learn German and learn about German culture and rules to help them integrate into the society.

Most people complain that most asylum seekers can’t speak German and most don’t understand German culture. However the BAMF, the organisation charged with handling migrants within the country, has long had excuses on why they can’t offer courses to every single asylum seeker. Main excuse being budget. That is set to change.

With the new law, the integration and language courses will be reviewed to include more helpful information that is relevant to actual living in Germany. The courses will be increased from the previous 60 hours to 100 hours. To ensure the majority of asylum seekers who get to live in Germany, actually integrate, the waiting period before joining a new class has been reduced to 6 weeks from the previous 3 months.

And because budget remains an issue, only asylum seekers with a real chance of living in Germany will get to take part in the courses. Those whose cases look bleak, will unfortunately not enjoy the privilege.