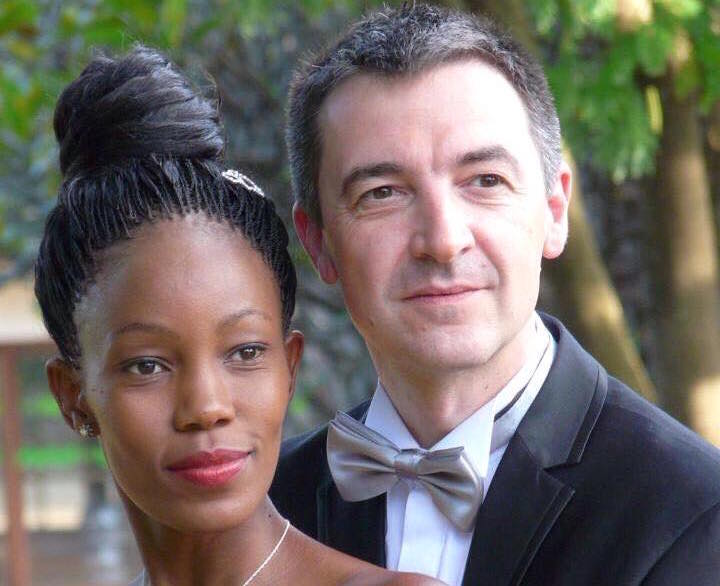 I was born and raised in Kenya. At some point I decided to pursue education in America. I enrolled at University of California-Irvine. Immediately after school, I got a good job and decided to stick around. I lived in California for almost a decade, and never afraid of making a different move, I decided I was ready for a new beginning! I just did not know, where what or when!

In 2012 I decided that I was moving back to Kenya. Unfortunately, my mother suddenly died of a stroke a month before I had planned to make the big move. So without full preparation, I packed my life in 8 suitcases and bid the U.S.A goodbye!

Tired and broken hearted, on my layover in Brussels on my way home, I came across the sweetest Brussels Airlines ground personnel while looking for somewhere to charge my phone! He offered to charge it for me. He smiled at me, and I smiled back, and mentioned that his name was Philippe. While waiting for my flight, we chatted away for two hours and in our conversation I learned that Philippe had traveled quite a bit but had never to Africa! Of course I insisted that he was missing out on the most beautiful of all continents! He promised to take up the challenge. I thought I was joking; but he was serious!

Six weeks later, Philippe and I were making the drive to the great Maasai Mara! Something was growing and glowing.  He invited me to visit Belgium a month later and we shared a lot of trips together in different countries, got engaged and then married a year and a half later. It was another big decision. Leaving America, I thought I was heading home, but life is always full of surprises. I was now going to live a new country!

Philippe is an only child in his family. His mother is 76 years and his father is 82years old! It was quite a contrast for him granted that in our family I have 8 sisters, though my parents are both deceased. As such, our upbringing could not have been more different; On the first hand, with him being an only child, his parents’ lives revolve around him! On the other hand, I knew my parents loved me but was mostly number five of nine daughters! I realized I had to adjust to the many culture differences prevailing. The expectations set were quite high and as such I had to make a lot of adjustments!

I got lucky to marry a man who was ready for marriage! He puts all he has in it. His family is equally great! His parents are the most open minded and accepting people I have ever known! I was worried that race issues might crop up but that has never been the case! They are happy that their son has a woman that loves him! They prefer to go to Kenya on all our family vacations!

Being married to a man of another race requires someone that is willing to put in the work! I am now in a country that speaks none of the languages familiar to me! Philippe is half Walloons (French) and Flemmish (Dutch) and actively uses both languages! I am in the process of learning Dutch since I live in the Flemish community. As much as he speaks fluent English, most of his family members don’t! So to actually have a conversation, I  have to sound like a child trying to explain the simplest things! But I love the challenge of learning and sharing all our differences!

I learned how to cut “wazungu hair” so he does not have to make the trip to the kinyozi! Philippe has also learned how to remove my braids, and as a girl would add, without judgment! For the first time in my life, I have a man that truly reciprocates all the effort that I make or give! He works hard, but doesn’t excuse himself from sharing house responsibilities with me! He cooks and cleans just as much as I do. He sometimes brings me breakfast in bed!

Whenever we are home in Kenya, my sisters find it quite strange and “un-African” of me to not always “serve” my husband! They cringe every time I request a glass of water from him, or to do something “domestic” for me! To my siblings, a man should be served! While I do understand where they are coming from, I have acquired a different way of thinking and my husband does not seem to mind having me as an equal partner and that works for us!

He has also learnt how to adjust to some of my culture! For example, he knows not to show affection in front of my family, or any public spaces in Kenya. He has learned to eat with his hands and even cook Ugali!

We are currently expecting our first child together and what a task that is going to be! I am Maasai and Kikuyu, and He’s French and Dutch! Poor child has to learn more than six languages that we both actively use, and adjust to European and African culture! All in all, we look forward to what the future holds for our growing family!