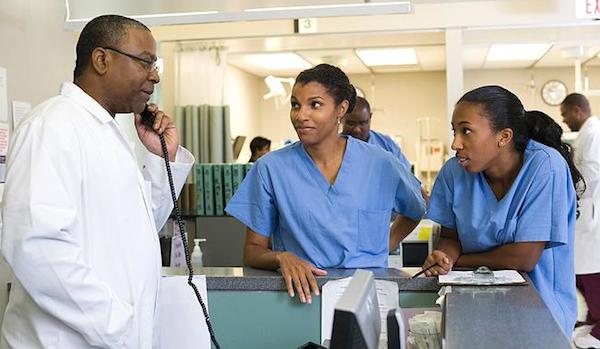 With the demand for professionals in Germany increase, the government together with the business community in Germany are rushing to import professionals. Although they are encouraging more students who study in Germany to stay, legislation has been put in place to also encourage the foreign professionals who move to Germany to have their foreign qualifications recognised here.

The IHK is recognising Kenyan Diplomas/Certificates, the nuns in TZ are offering nursing courses where graduates have the option to move to Germany. So what happens if you’re already here? Here’s an account of a Kenyan who converted her Kenyan Nursing Certificate to a German equivalent. If you have a different Kenyan diploma or certificate you’d like to convert refer to this. Kenyan degrees don’t need any conversion, you can find the German equivalent here. Some professional bodies e.g. for Psychologists or doctors do require different regulations.

Getting the Information on the Application Process

I tried to get information from Tübingen, Stutttgart and Darmstadt . All the three places REFUSED to give me information when they heard that I had trained in Kenya.

So a German friend who was working in Regierungspräsidium in Stuttgart just gave me the info.

I then moved to Darmstadt in Hessen and again the guys there told me on phone that I was not eligible and would therefore not sending me the information.

I then again asked a German friend who called them and they sent him the information .

A sad affair but only Germans were freely given the information. If you call and they aren’t willing to give you information, don’t give up just yet.

In Darmstadt, the requirements were:

I then sent an application to Regierungspräsidium Darmstadt with approximately €200 as a fee so that they can evaluate my Nursing Diploma from Kenya.

Results of the Evaluation/Anerkennung Part I

It was a registered nursing i.e a combination of general nursing , midwifery and community nursing.

After some months they replied that my diploma was not equivalent to the German one because we spent more time on practicals and the German one had more theory. As a result I should do an Annerkenungskurs which if I pass then they would give me the annerkenung.

They sent me a list of nursing schools that did that in Hessen, the nearest to me was Groß- Gerau Kreiskrankenhaus. I called and registerd with them. I had to do an interview with the teachers before I could do the Annerkenungskurs.

We then had weekend classes, not every weekend though.

After 4-6 months I completed the course and did both oral and practical exam.

For the practical exam I was required to do an internship at the hospital. I did a 2 week internship at Groß-Gerau Kreis Krankenhaus at the surgical unit.

The oral exams had to be recorded so I was given a tiny microphone to hold to. I was shaking but the teachers were nice, one even tried to give me a hint (non-verbally) but since I was so nervous I wondered why the she was making funny movements.

The classes and exam costabout 2000 Euros, so yes it is not a cheap thing.

After that they just sent everything to the Regierungspräsidium and you get an equivalent of a German nursing certificate.

Need assistance in the application, contact Margaret at oumamaggy@yahoo.com

New Laws and Regulations May 2015