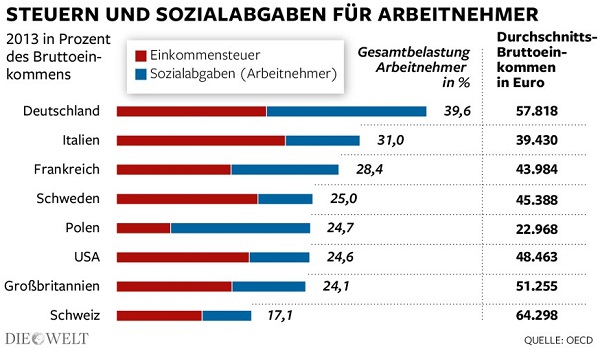 The Organization for Economic Cooperation and Development recently released a report that compared the total deductions for employees and employers in most OECD countries.

Good news, the total deductions for employees (single without kids) in Germany reduced to 49,3% in 2013 from 49.6% in 2012. Bad news, the deductions are still the highest among OECD countries.

Surprisingly, the income tax paid by employees in Germany (16%) isn’t as high as that paid in Australia (25.1%) for example. The deductions in Germany are increased by the social security contributions which are quite high compared to other OECD countries.

From the report it is evident that Germany encourages traditional families i.e. one parent (usually the father) works and the other stays home to take care of the children.

The rest of the report will be released on 24th May, you can read it here: Taxing Wages OECD. 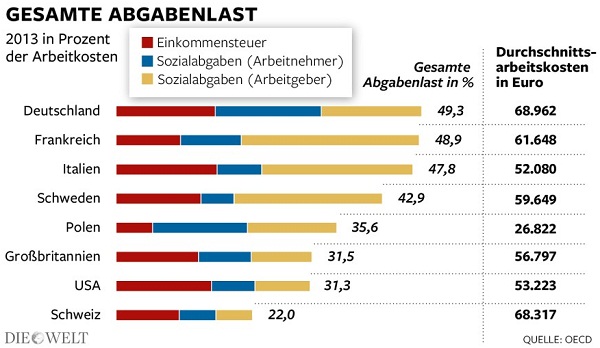 Biggest Insurance Mistakes Made by Expats in Germany