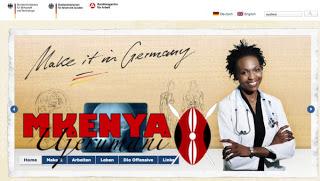 There are some jobs that you will only find in Germany. Some of them “normal” others “outrageous”.

Are you bugged when people ride their bikes on the pavement? Do litterbugs make your blood boil? Irritated when cafés cover pavements with their chairs and tables? Join the Order Authorities (Ordnungsamt) and you could be paid to keep an eye out – and fine transgressors.

Brewing beer is of course a serious business in Germany. The 1516 Reinheitsgebot (purity laws) define what can go into beer – just barley, hops and water – and nothing else. Although they are probably not really called beer cops, the law must be upheld, and regular testing conducted to make sure all is as it should be in German beer glasses.

Wolfsburg lives and breathes Volkswagen. The VW complex is home to huge circular towers in which the auto giant shows off its models. Someone has to arrange them onto all those shelves. Who? and how?

Berlin’s Memorial to the Murdered Jews of Europe can be found right next to the very touristy Brandenburg Gate. And as etiquette at the unusual memorial isn’t clear, the city has employed a polyglot security officer to shout “get off the blocks!” in what sounds like a hundred languages. If you like shouting, and can do it many languages, this could be the job for you.

Strong wrists and a steely constitution are needed for this very German, seasonal job – Oktoberfest beer waiter/ress. For a couple of weeks in September and October each year, men and women in Munich’s beer halls deliver huge glass Maßs to tables of thirsty fest-goers. You can earn a fortune from tips – but will come away from it exhausted and ready to splash it all on a holiday.

Germany has a unique history – one which it’s still ironing out financially. Every federal state has staff working at a compensation authority processing Nazi-era restitution and compensation payments for victims of Hitler’s Third Reich.

Prostitution is pretty much illegal in most western countries. But in Germany things are a little different, and sex workers pay tax and are registered just like the rest of the country’s workforce

Germany has a deposit system on its bottles and many cans. Empties are returned to supermarkets and fed into a machine. You collect the receipt and carry on, but behind the machine lurks a person paid (very little) to sort out the remnants of last night’s party – spare them a thought.

Pants on in a designated nudist zone? Simply not done, and hugely embarrassing when a FKK (nudist) area warden comes to – quite literally – give you a dressing down in front of your more liberated peers. Must be an amusing job to have.

Why Entrepreneurs Need to Pay Attention to Swahili

Psychiater, Psychologen, Psychotherapeut or Heilpraktiker für Psychotherapie: What is the Difference?

Discrimination in the Work Place: Even With the Same Qualifications, Migrants have Lower Chances at a Job

PhD Position at the Helmholtz in Berlin