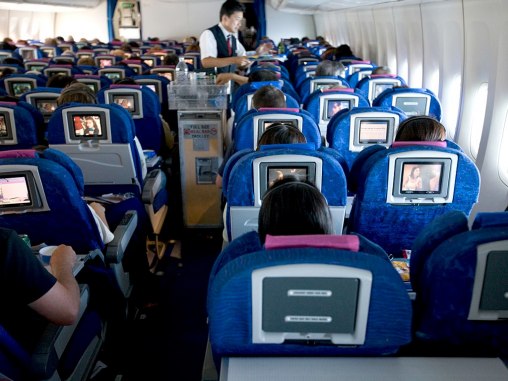 If you show up at the airport on time but find that you can’t board the flight because it was overbooked, you are entitled to:

Independent of the above, you are also entitled to a compensation of:

When a flight is cancelled then you are entitled to the same rights as those of an overbooked flight. Although the Airline reserves the right not to compensate the client when the cancellation was due to unavoidable circumstances. Technical problems don’t count as unavoidable but some natural catastrophes do.

The airline is also exempted from paying the compensation if the cancellation is announced ahead of time (at least 14days). If the cancellation is announced between 7 and 14days, then the replacement flight should have no more than 4hrs delay in getting to the destination. If the announcement is on a shorter notice, then the replacement flight shouldn’t have a delay of more than 2hrs.

In cases of delay, you are entitled to compensation as well for

This only applies to avoidable circumstances.

The flight has to compensate the passengers for delayed, lost or damaged baggage. The appropriate compensation is regulated by the Montreal Agreement.

To make a claim

The complainant has to get in touch with the airline first. If the airline doesn’t respond then the client can proceed to SÖP or to the courts for compensation.