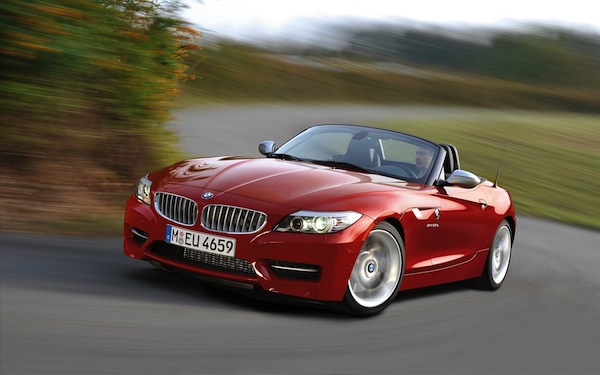 The joy of buying a new car can quickly be stolen when you think of navigating the insurance jungle. Here’s a a few tips on what to consider when picking out your car insurance in Germany.

Insurances discounts depend on:

this is the classification of cars depeding on the risk of the car being stolen, or breaking down. Check the Typklasse of various cars at Typklassenverzeichnis.

The lower the number, the cheaper the insurance. For liability, there are twelve, partial cover 16 and the nine Regional Comprehensive classes. You can check out the Regionalklassen for different areas: Regionalklassen Abfrage.

Selbstbeteiligung is the amount you are willing to pay for damages. For example if you hit a neighbour’s car and the damages incurred are worth €2,000, your insurance can pay for the full amount but if you had a Selbstbeteiligung of about €1,000 then the insurance will pay €1,000 and you pay the remaining €1,000.

The higher the amount you’re willing to pay, the lower the insurance costs. If you cause damages that you can cover completely with your Selbstbeteiligung, then the insurance rewards you by not “counting” that accident in determining your SF-Klasse.

In the partial cover (Teilkasko) there are no SF-Klasse because it only insures damages like theft, fire and gnawing by martens which are all independent of the client’s driving habits.

Clients should try and make contracts with higher SF-Klasse. For the young drivers, registering their first car as their parent’s second car and take advantage of their parent’s many accident free years.

When changing insurance providers, make sure your former insurer gives you a written statement declaring your SF-Klasse.

If you’re moving from outside Germany, you could get your former insurer to simply state how long you were with them and how many accidents you caused at the time. Some countries have insurance ratings for drivers, this could also be explained in the statement and presented before a German insurance company

You are allowed to transfer your SF-Klasse to your children, sibling(s) or spouse. The transfer is irreversible.

pays for theft of the whole car or of parts of the car, for damages caused by a storm, fire, hail, short circuit or attack by wildlife (may vary for different animals). Usually a good idea for cars not older than eight years or cars of very high worth.

The cost depends on:

Contains all the benefits of Teilkasko plus self-caused damages and accidents, hit and runs and damages by strangers/kids.

It doesn’t  include costs incurred costs in cases where the car owner gets hurt by their own carelessness nor a defect motor or Verschleißschäden.

It’s the best cover for:

Extras to include in your Insurance:

Biggest Insurance Mistakes Made by Expats in Germany

Understanding Child Benefit (Kindergeld) and the Laws Governing it in Germany

Taxes and Social Security Contributions in Germany Too High