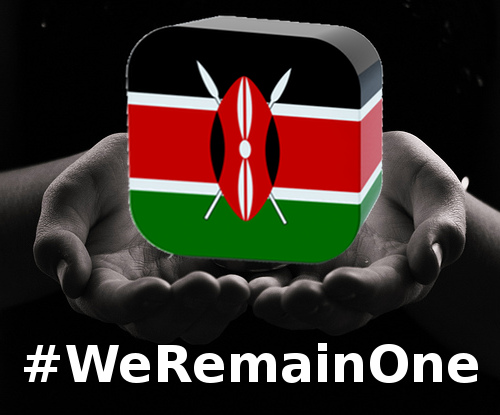 I’ve wanted to write this but I thought I shouldn’t. That Saturday afternoon, I had visited a Kenyan friend. My mother called and told me she’d read that there were thieves at Westgate. The fact that my friend and I both of us Kenyans dismissed the issue as “normal” thieves, is a bad reaction. Thieves terrorising regular citizens should never be considered normal.

A day before I’d had a meeting with a colleague and a an embassy employee, both Kenyans, and the topic was whether it was possible to sue the state for failure to provide security. Apparently, the Kenyan government should be taken to court by Mwananchi for failing to provide security which is a basic right and paid for by our taxes.

By evening, the news according to German newspapers was already that the Al-shabaab was responsible for the attack. I didn’t want to believe it. My first thought was, not again. Too many innocent Kenyans have died this past couple of months in the name of Al-Shabaab.  Kenyan media refuted the claims, I decided to believe them. Just like I did during the elections, every gadget I had in the house was streaming Kenyan news.

My mother called again asking I call relatives who frequent the place and find out where they were. That’s where you swallow your own heart, relatives? I don’t think anyone ever gets used to hear about something happening to relatives. I dismissed her request. I was to scared to even try and call. I sat and prayed, it’s the most I could do.

Four days later, the siege was over, all of us sat waiting with bated breathe. Things weren’t adding up. Number of dead and captured militants didn’t match the number that had gone in. The number of dead civilians differed. Government agencies were giving contradicting information. It was too confusing.

Then someone came up with the idea to blame the country’s “intelligence service”. It’s great to blame the government and even institutions but what have you and I done to ensure these institutions work as they should?

There were 15 militants and they were there for four days, they needed at minimum 60bullets. Where did they buy them from? Who sold them the bullets? Didn’t anyone wonder where they would be using sooo many bullets?????

They rented an apartment close to Westgate and a shop in the Westgate Mall, not even the landlord knows who they are.

My biggest problem is that you and I have let weird things be normal. We no longer own our country. It’s only in Kenya where you hear people complain about insecurity and in the same breathe point out who the thief is. The statement will sound more often like this. “Heee  our area has become so insecure, you can’t walk around at night anymore. By the way, do you remember nani? S/he is now a thief and is part of a very huge gang”.

We sit and wait for Jicho Pevu; tweet and blog about the shocking revelations then simply forget about them without doing a thing. As in seriously why do we have these TV shows that show people “selling” our country, only to have them elected to office to sell the remain part of the country?

I’m to blame for Westgate for:

I joke a lot about German pensioners and how they’ll never allow anything to happen in their vicinity without documenting and even calling the police to come check it out. In Kenya do we even trust the police enough to point out anything to them?

This doesn’t in anyway rubbish the selfless efforts of numerous Kenyans, who risked their lives to help others.

I am culpable because whenever I saw fundamentalists of all religions spout their venom, I made myself mute.

I am culpable because whenever I heard people of one type talk trash about ‘those others,’ I made myself deaf.

I am culpable because I knew I live in a society that is deeply corrupt and morally bankrupt, and I made myself blind.

I am culpable because I knew that many more people than died in Westgate were slaughtered in similar ways in something called ‘post-election violence,’ and I thought that had little to do with me, perhaps because it was far away from me.

I am culpable because I live in a world full of hypocrisy, where people sing with gusto in churches and temples and mosques, and then go home to promote every possible sin. I live in a world where people elect thieves and hope the thief will steal something for them. I live every day in this world, and I don’t do enough to change it.